Dealing with copyright is a tough situation with today’s law – when having instant access to technology and content from all over the world at the touch of a button, what is the chance that we have downloaded or just seen something that has been copyrighted, or even without knowing that it was copyrighted – we must be a felon!

We are constantly connected to the internet in today’s society and so we have a constant access to what other people do and create, we can watch but cannot touch. However the strict laws that apply with copyright today were not always the case – just around a century ago Walt Disney had an idea of cartoons and music synchronized to form a brand new idea – his creation of Steamboat Willie now famously known as Mickey Mouse. The idea Walt Disney had created went further in utilizing stories that other people had created and giving those stories a new sense of being. Explored by Lessig Walt Disney has created a culture that is still relevant today and without taking the stories of others Disney Inc. would not be what it is today.

The constant development of the internet and the culture that it has created, there is an obvious creation that if copyright was severely enforced there would get a lot of people in trouble. I am talking about the Meme – from cats to people, objects to human imagination, the internet has created and utilized the meme as an expression of today’s time. 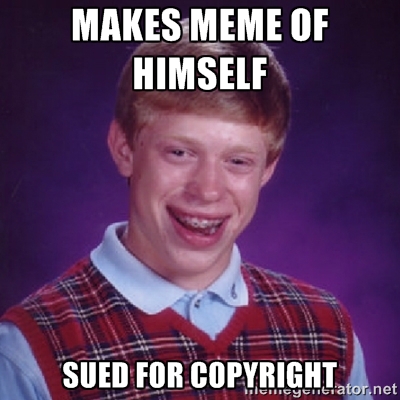 Memes have infiltrated all mediums of communication and are troublesome when it comes to copyright, particularly when dealing with viral memes, as shown in this article on Forbes.com – Warner Brother has been sued for using Nyan Cat and, other cat based memes in one of their games.

The culture that technology and the internet has created is one of freedom for expression and creativity – while the law of copyright still looms, the use of the internet and the collective creations that come from it are an example of what people can do without the restrictions of copyright.